Raindrop Size Spectrum in Deep Convective Regions of the Americas

This study compared drop size distribution (DSD) measurements on the surface, the corresponding properties, and the precipitation modes among three deep convective regions within the Americas. The measurement compilation corresponded to two sites in the midlatitudes: the U.S. Southern Great Plains and Córdoba Province in subtropical South America, as well as to one site in the tropics: Manacapuru in central Amazonia; these are all areas where intense rain-producing systems contribute to the majority of rainfall in the Americas’ largest river basins. This compilation included two types of disdrometers (Parsivel and 2D-Video Disdrometer) that were used at the midlatitude sites and one type of disdrometer (Parsivel) that was deployed at the tropical site. The distributions of physical parameters (such as rain rate R, mass-weighted mean diameter Dm, and normalized droplet concentration Nw) for the raindrop spectra without rainfall mode classification seemed similar, except for the much broader Nw distributions in Córdoba. The raindrop spectra were then classified into a light precipitation mode and a precipitation mode by using a cutoff at 0.5 mm h−1 based on previous studies that characterized the full drop size spectra. These segregated rain modes are potentially unique relative to previously studied terrain-influenced sites. In the light precipitation and precipitation modes, the dominant higher frequency observed in a broad distribution of Nw in both types of disdrometers and the identification of shallow light precipitation in vertically pointing cloud radar data represent unique characteristics of the Córdoba site relative to the others. As a result, the co-variability between the physical parameters of the DSD indicates that the precipitation observed in Córdoba may confound existing methods of determining the rain type by using the drop size distribution. 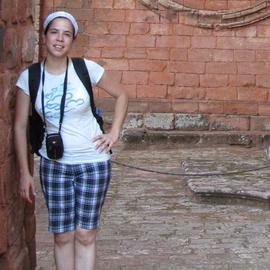